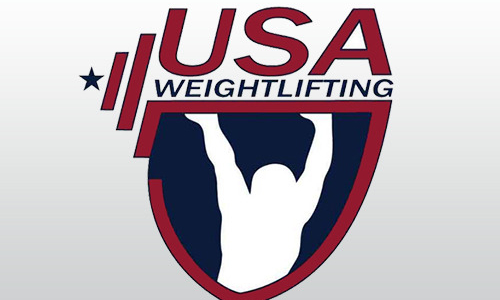 Olympic Lifting or Weightlifting, is an Olympic sport.  The sport is comprised of 2 Lifts, The Snatch and the Clean & Jerk.   A lifter gets 3 attempts at each lift, to try and post the highest total amount of combined weight.  It may seem simple, but it is anything but.  Weight lifting is unlike any other barbell sport.  It require lots of work on balance, mobility, strength, speed, and most of all technique.  Having high level, professional coaches makes this journey much easier.  That’s why Twisted Fitness is THE BEST place to learn Olympic Lifting in Madison.   Hopefully with a little understanding of the lifts and the history of this sport, you will understand why Olympic Weightlifting is one of the best ways to train athletes, as well as every day folks!

In the Olympic Games after 1920, instead of requiring all competitors to compete against each other regardless of size, weight classes were introduced and, by the 1932 Olympic Games, weightlifting was divided into five weight divisions.  In 1928, the sport dropped the ‘one hand’ exercises altogether leaving only the three remaining exercises: the clean and press, the snatch and the clean and jerk.

After the 1972 Olympics, the clean and press was removed from the program due to difficulties in judging the event.  What remained were the two elements of the modern Olympic weightlifting program – the snatch and the clean and jerk.

The Snatch is the first lift performed during a weightlifting competition.   The objective of the snatch is to lift the barbell from the ground to overhead in one continuous motion. There are four main styles of snatch used: squat snatch (or full snatch), split snatch, power snatch, and muscle snatch. The squat snatch and split snatch are the most common styles used in competition while power snatch and muscle snatch are mostly used for training purposes.

The clean and jerk is a composite of two weightlifting movements.  During the clean, the lifter moves the barbell from the floor to a racked position across the deltoids, without resting fully on the clavicles. During the jerk the lifter raises the barbell to a stationary position above the head, finishing with straight arms and legs, and the feet in the same plane as the torso and barbell.  As with the Snatch, there are various techniques used when learning and/or performing both the Clean and the Jerk motions.

(The Clean and Jerk)

Twisted fitness has all the specialized equipment needed to train in weightlifting. We have Bumper Plates, Men’s and Women’s Barbells, 3 Wooden style Platforms, and Jerk Blocks.  Interested in learning more about the sport of Weightlifting?  Contact Twisted Fitness today to see how you can get started!

Games week July 24th through August 2nd. Open Gym – Drop ins during normal business hours! ($25 per day or $80 for entire week – All Games Athletes train free). No CrossFit Class Drop-ins this week, as we are still short on coaching staff! Thank you and Welcome to Madison!!!”